From a garage to top AAA productions 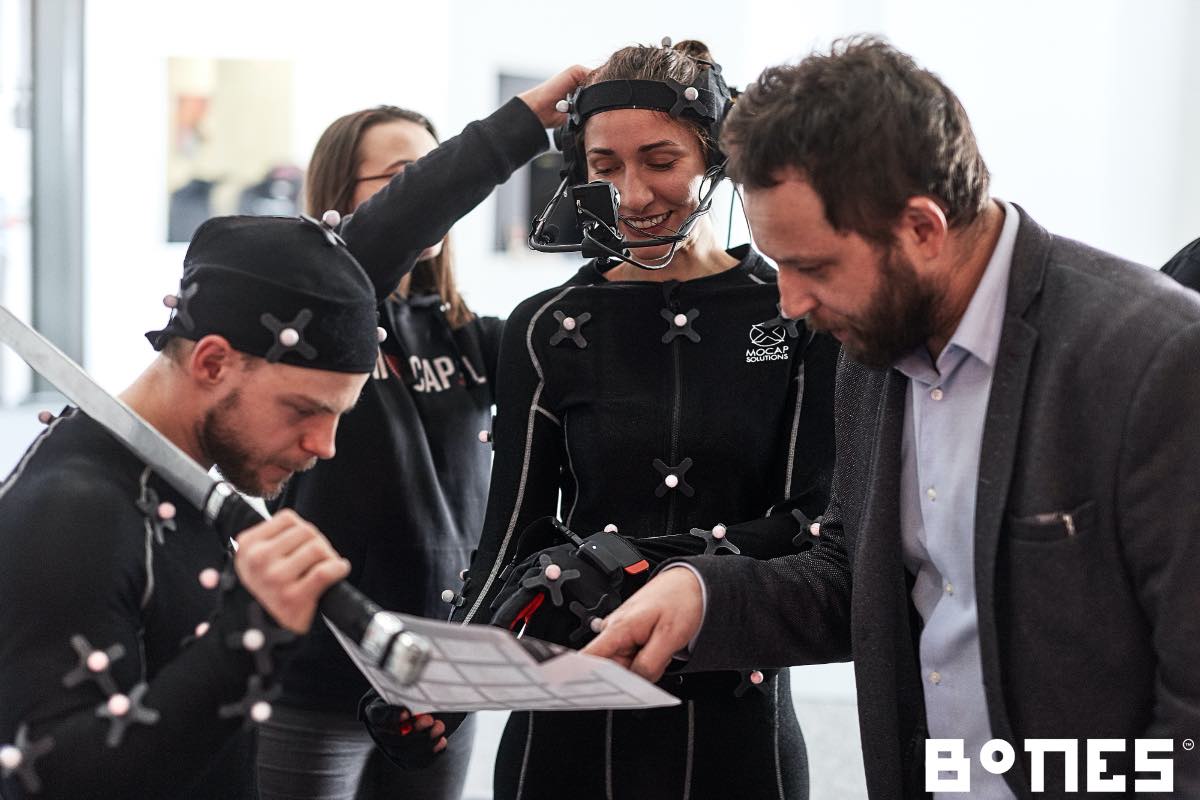 Together with the Covid-19 pandemic outburst, the world faced a necessity of moving audiovisual production to virtual world. Movies, ads, fashion and entertainment shows got a chance to cross paths with motion capture system which previously was associated mostly with computer games and the SFX of major Hollywood productions.

THE BEGINNING OF BONES STUDIO

Inspired by his love for comic books, games and cartoons, he wished to create space where dreams of top-quality virtual production in the heart of Europe could come true. Having impersonated the Witcher’s virtual alter ego (produced by CD PROJEKT RED), he quit his theater and TV acting career in order to devote himself fully to motion capture production.
Entering the field of mocap in 2013, Adrian owned 10 VICON cameras and one motion capture suit. Step by step, he developed a studio enabling work to artists and performers from all over the world.

WHAT BONES STUDIO CAN OFFER NOW?

Over 60 VICON cameras, 30 motion capture suits, an exclusive set designer, a team of animators as well as actors and stuntmen are just a small piece of what the studio has to offer to producers from various branches of the media industry. From casting, through motion capture sessions until full postproduction process, every client receives comprehensive service, excellent coffee (served by the founder) and an assurance of a friendly atmosphere.